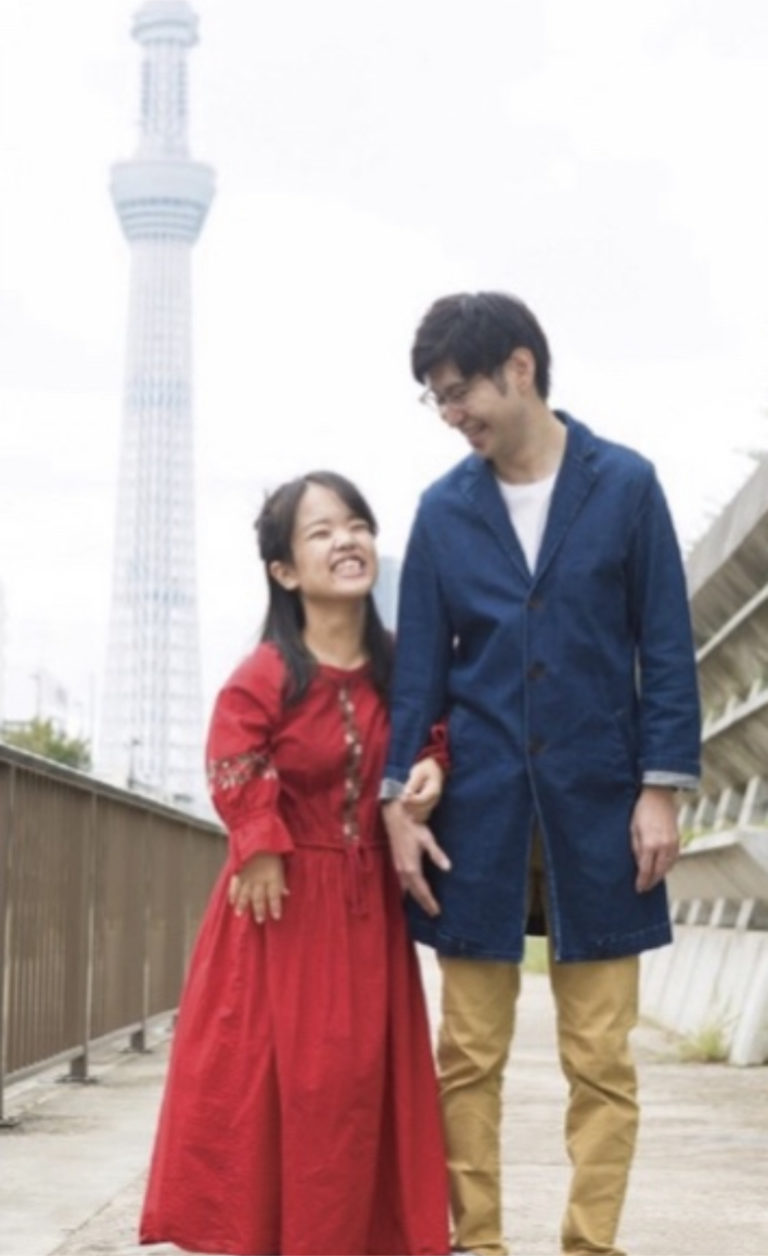 It’s the story about a couple who met at work and got married in 2019.

How they met: One joined the company a year after the other. They started to talk to each other when they joined the same group.

How they got married: They were just co-workers for five years and got married after a year of dating.

What’s between them: Trust. Sense of security for being open about everything.  Mutually dependable relationship. Co-workers.

The first impression was “Gee, she’s small.” But I was attracted to her for her upbeat personality and great smiles.

I had to be absent from work due to some blood-borne infection soon after joining the company.  When I returned to work, I joined her group and we started to talk to each other. She soon got me intrigued.

At that time, I was not sure how people around me would react if I had introduced her to them as my girlfriend.  That hurt her, and we remained just co-workers for a little while.

Later, it was she who had to be on a leave. When she returned to work, I asked her out for dinner to celebrate it. Then I learned that she appeared on TV program “pari-para” (NHK, E-Tele) because she strongly felt “I wanted the public to know more about disabilities. I wanted to appear on the show because that might have been my last chance.” Huge respect for her grew inside me. I made up my mind, took her to a movie, and proposed.

Over time, I felt more confident I could be with her while being my true self. Everybody in our company has some disability. Having seen other couples getting married, I had a pretty good idea of what marriage would look like.

The rule between us is to be honest with each other about what we can or cannot do. We respect each other in our daily lives.

Diagnosed with congenital tetralogy of Fallot

Working in the financial industry after working as a draper.

He joined the company one year after me. We worked on different floors at that time, and I occasionally saw him because we had mutual friends. I didn’t have much of an impression of him.

When he returned from absence, he joined my group. I told him what I could not do and what frustrated me. I felt at ease with him because I did not have to worry about how others would think of us.

He was not exactly my type, but we both like movies and theaters. We started to like each other as we went out together. He once turned me down and our relationship soured. His suggestive manner annoyed me and I even ignored his friendly invitations.

On the one year anniversary of dating, he read a letter to me during dinner on a ship and proposed. I was moved when he said “I cannot be more sure that I want to be with you.” And I believed him.

I’m glad that I have someone to be with in good times and bad. I hope to have a child someday.

Born in Kanagawa in 1993 with Achondroplasia.

We saw the cherry blossoms in Asakusa on the first date.

Tokyo Sky Tree is the memorable place where we went together for Christmas.

Worked at a clothing remodeling shop after graduating from fashion college. Want to liven up the supporters as the new editor-in-chief!